Covenant’s varsity volleyball team made history this weekend by winning the school’s first ever CCAC League Championship in volleyball, defeating Conestoga Christian School in Lancaster on Saturday! The championship comes after a stunning regular season in which the Falcons went undefeated in league play, losing only one match to the much larger Trinity High School. The team now moves on to district playoffs, facing off as the number one seed against eighth seeded Millersburg High School on Tuesday. A win Tuesday and Thursday will move them on to States. Covenant’s team is seeded fifth in the state in PIAA class A.

The team is coached by Mark Spoonhour and assistant Natalie Martin and led by captains Lindsey Keener and Felicity Bailey. Players (and parents) remember that it was only 4 short years ago that they had not yet ever won a single match! This season, along with their championship victory, each match the girls have played has been won in only 3 games – 3 out of 5 wins a match – making them undefeated not only in each league match, but each game they have played!

Covenant’s athletic director, Erin Hoover, was “very thankful and impressed by the number of people who came all the way out to Lancaster” to support the girls. She said it “felt like a home game” with a “good cheering section that was loud and large.” Head of School David Sonju echoed the thought, saying “There was a real energy in the stands! It was a great night for Covenant athletics!” 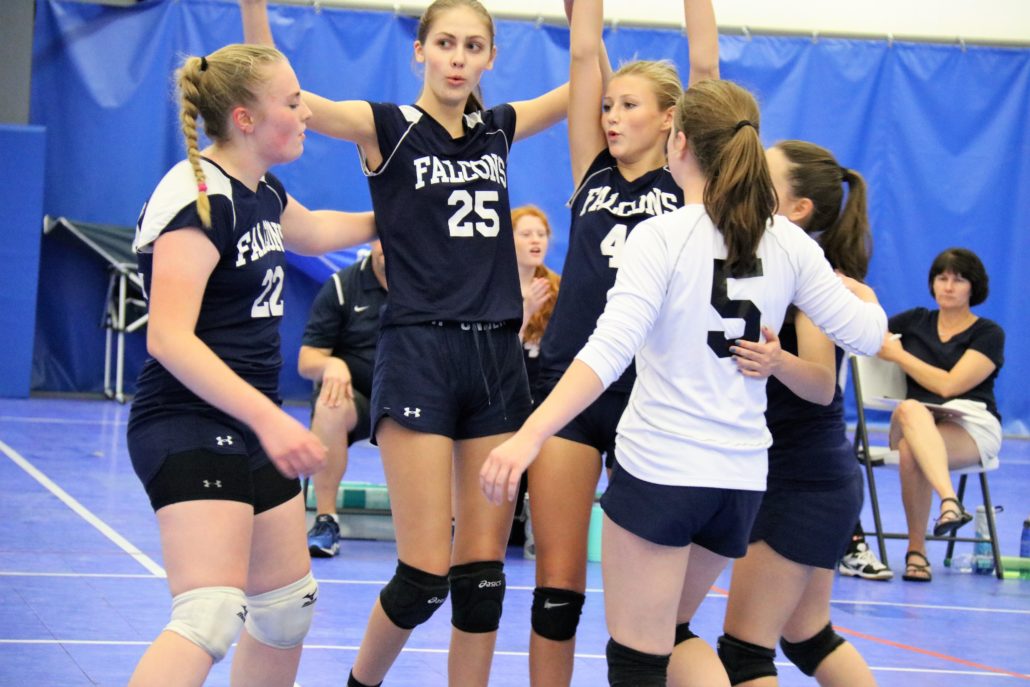 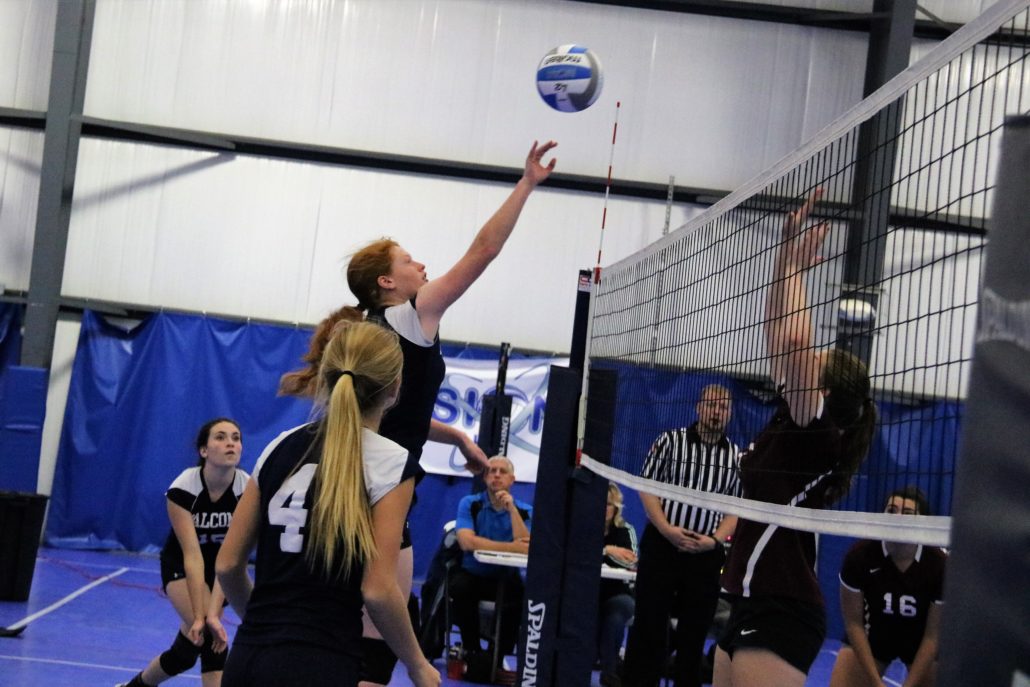 Rachel McCollum stretches for a shot.

Coach Spoonhour was especially proud of “how the girls stepped up to the challenge and…made plays all night long.” He gave special honor to Felicity Bailey for 30 good serves in the Saturday match without error. Coach Spoonhour also credited Lindsey Keener with another all-around great performance with 5 aces, 13 kills and 16 digs. Maddy Enders contributed 2 aces, 19 assists, 12 digs and 2 blocks and Alyssa Martin had a solid defensive game with 12 digs, 1 block and 4 kills. 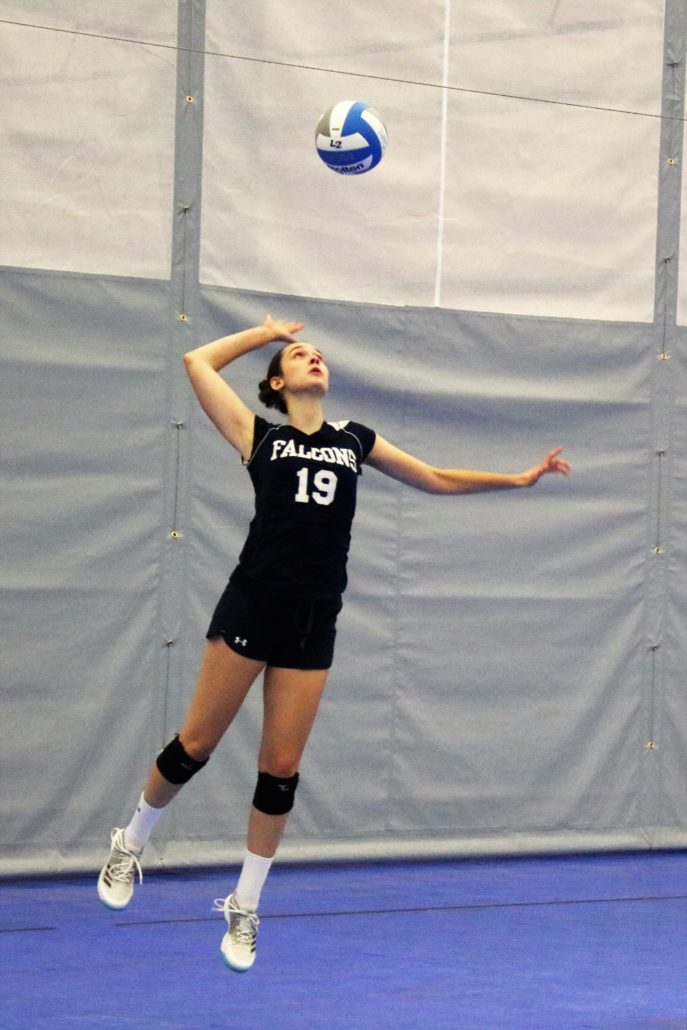 The Girls Volleyball League Champions banner is hanging proud in Covenant’s main lobby and a “Good Luck, Volleyball!” sign seconds the message downstairs. The Covenant family is cheering on these girls as they battle their way to states! In the words of Coach Spoonhour, on behalf of the Covenant girls: “it’s a tough week, but it could be filled with a lot of excitement as well!”

Come out to cheer the girls on Tuesday evening at the Camp Hill Sports Center at 7:30 p.m. Go Falcons!

– Thank you to Alexia Gerber for compiling and writing this post.

Look Forward to the Fruit

An Evening of Gratitude
Scroll to top