Forum et Agora… an open-air public address in the style of the ancient Roman Suasoria, where a novice student of Rhetoric would deliver an argument acting as an advisor to a famous historical or legendary figure. At Covenant, we have adapted this method of training to involve an eighth grade student speaking as a famous historical figure to a group.

A beginner’s level rhetoric class -especially in the Dialectic School- is a challenge met by dedicating a pattern of learning to an end goal: a culminating event. Culminating events in this way give the student a motivation, and in the case of the Forum et Agora the motivation is a visible, reachable, rewarding, public end.

The public-communal nature of Classical education dictates that the student is not alone. Not only is she part of a family, and part of a tradition, and part of the Church, but she also partakes in a school community where her gifts will be honed and her voice will be heard. Modern education makes learning a private thing, quantified by numbers and personal achievement. At Covenant, achievement is a public phenomenon. To succeed publicly in the presence of the community -in that moment- forms the student and community together in a kind of seal. We become evidence of a promise.

The Forum et Agora does take work. Eighth grade students study the elements of Rhetoric… that course of study that identifies and categorizes the best practices of language with regards to persuasion. They drill and practice and repeat schemes and tropes and topics of invention and the panoply of terms many of which we don’t naturally believe exist. We play games with them. The eighth grader analyzes famous speeches with them. He constructs a framework of terms by which he applies content to form his own speech. He discovers content though choosing a thesis from this question: What is it that sets the Greek mind apart from the Roman mind or vice versa? He chooses a famous Greek or Roman. He researches a historical context or event to speak about. He practices his speech before his peers.

It is in this process of discovery of Rhetoric that the eighth grader begins to apply lessons of Elocution and Memory and Delivery. Written out, it all reads as a complex study of intertwining technical jargon and sequence, and it is that, yet Rhetoric is simultaneously artful and personal and delightful and intuitive. The Forum et Agora event provides a platform for your student to be heard and celebrated. Come watch her sway her crowd just as she intended. 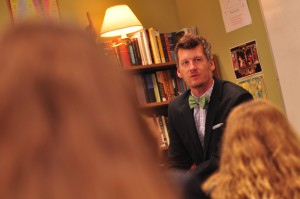 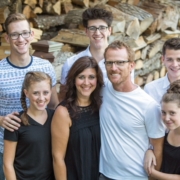 Reflections From the Finish Line